Brick Hill owes its existence to its geology. It stands on the Bracklesham Beds, a geological seam holding sand and brick clays.

From the mid 18th century, bricks were made at Brick Hill, and the industry seems to have grown in the mid 19th century.

But in 1902 John Henry Sturt, who had run a brick yard at Brick Hill, leased ground at Parker’s Hill for brick making. This was on the Common, opposite the Runic Cross.

Then there was a major fire at the brick field in 1907, and after this Sturt began his building business. Brick Hill stopped making bricks, and local employment shifted to building. 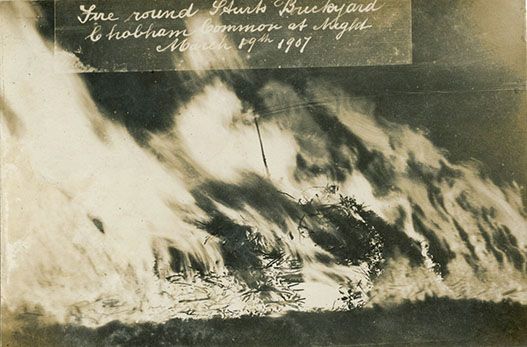 What were the bricks from Valley End like? Why didn’t G. F.Bodley use local bricks for St. Saviour’s? The church was erected in 1867, when the brickfields were in operation, and he was inspired by local architecture in Surrey.

It seems that Valley End bricks were too soft. There is a photograph of bricks being delivered to Brick Hill. This was either done after the yards stopped working, or the builder found the local product inferior.

There are stories about soft bricks at Brick Hill. In one house the bricks in the kitchen were so soft that it was not only possible to poke holes in the wall with a finger, but mice were nibbling through the bricks to raid the cornflakes in the cupboards. The kitchen walls were replaced with some urgency.

In the mid 1980s Rosemary and Andrew James moved to Brick Hill. Rosemary had been born Rosemary Anscomb, and was going to a house on a road known locally as Anscomb Hill, due to the many members of her family who had lived there.

Their cottage was very small. It had been built in 1886,  and was a good example of the older dwellings in Brick Hill,  built by local labour using local materials.

“The rafters were rough. The ceilings were lath and plaster. When my husband went up in the loft there was no wall between us and our neighbour. He bricked it up. They are quite thin walls here. There was an outside toilet here when we moved in. There wasn’t even a bathroom. There were two rooms, the front door, and as you walked in you walked straight into the front room off the doorstep. We had one room with a big chimney breast. Small room there, small room at the front, and they had a winding staircase, it was steep. At the end of the house there was a wooden extension, with windows in. That literally was the kitchen. There was a stone sink, one cold water tap. There was no electricity upstairs. It was tiny. There were fireplaces upstairs in the two bedrooms, but they were small.”

They wanted to extend the house, and preserve the character.

Rosemary’s father, John Anscomb, was able to help. His father Alfred had worked in the brick fields as a child before becoming a builder, and John himself had been a carpenter working for Sturt’s. He got involved.  “He was great; he did it at the age of 70. He was up and down the ladder and on the roof, and we had the roof off and everything else.”

The cottage had been built of bricks called soft reds. They looked for old soft red bricks in reclamation yards, but with no luck.

So they demolished the internal walls, and spent one Easter cleaning the bricks. “Trust me, the bricks are very soft. I had to wire brush them and I had to be very careful. We had a few problems when we had to break them, or when we had to cut them.”

They then reused the bricks to face the exterior wall facing Anscomb Hill, where they remain as an example of local materials and a resourceful restoration! 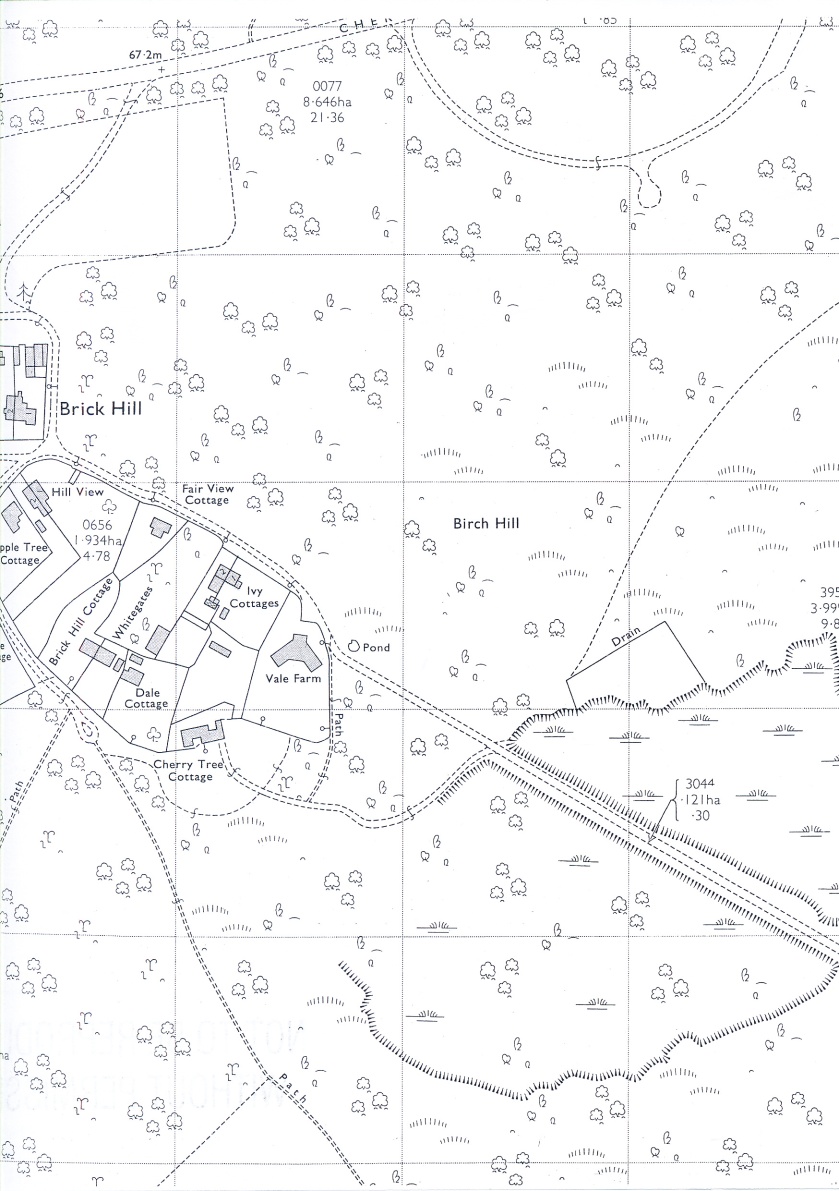 The M3 now obliterates the site of the brick field.

All quotes by Rosemary James.

With many thanks to Rosemary James.

With thanks to Frances Harding.