Brick making was carried out at Valley End from at least the mid 18th century, when Robert Stevens was given permission to produce bricks at Valley Wood. It continued for generations, and is remembered in the names of Brick Hill and the Brickmaker’s Arms.

The brick-fields are now gone, leaving very little behind them. Some were cleared at the end of the 19th century, as it was felt that they spoiled the Common. The site of the yard at Brick Hill lies buried under the M3.

It is hard to imagine what they would have looked like when they were in operation, or how the bricks were actually made.

But an article from 1936 talks about brick making in a village.  This could be easily be a description of the brick field at Brick Hill.

“During the winter the clay is dug out and allowed to weather. Just before use it is put into a “pug” mill, a tall cylinder in which knives are caused to rotate by driving a horse round and round. This makes the clay fine and workable. 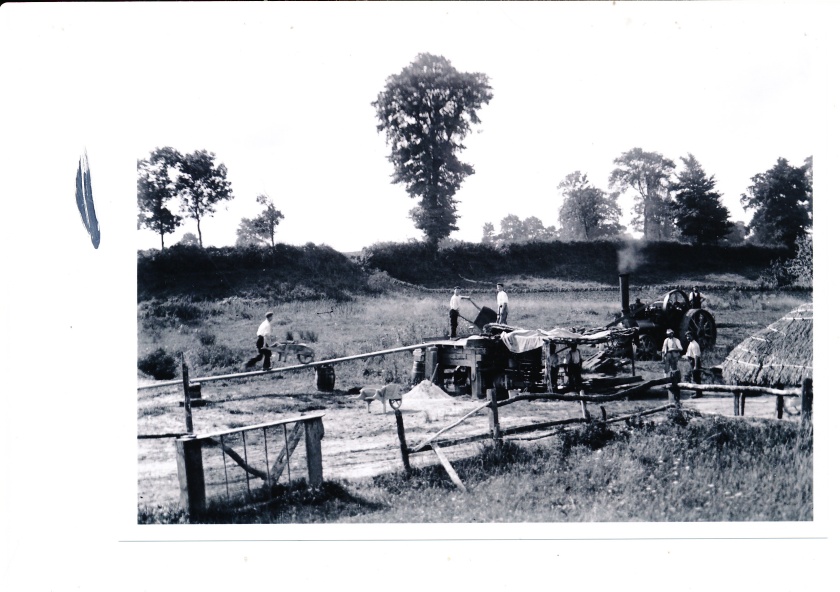 “The workers mould the bricks in rough shanties of wood and corrugated iron, standing at a bench. The bottom of the mould rests on the bench, and on it is put an oblong box with no bottom or top. Both are well sanded, and a ball of clay is thrown into the box, forced into shape, and smoothed off.

“Next, a thin board is put over the mould, which is turned over, releasing the brick of wet clay. This is carefully placed on a barrow kept by the side of the hut. When the barrow is full, it is wheeled out to the drying shed. 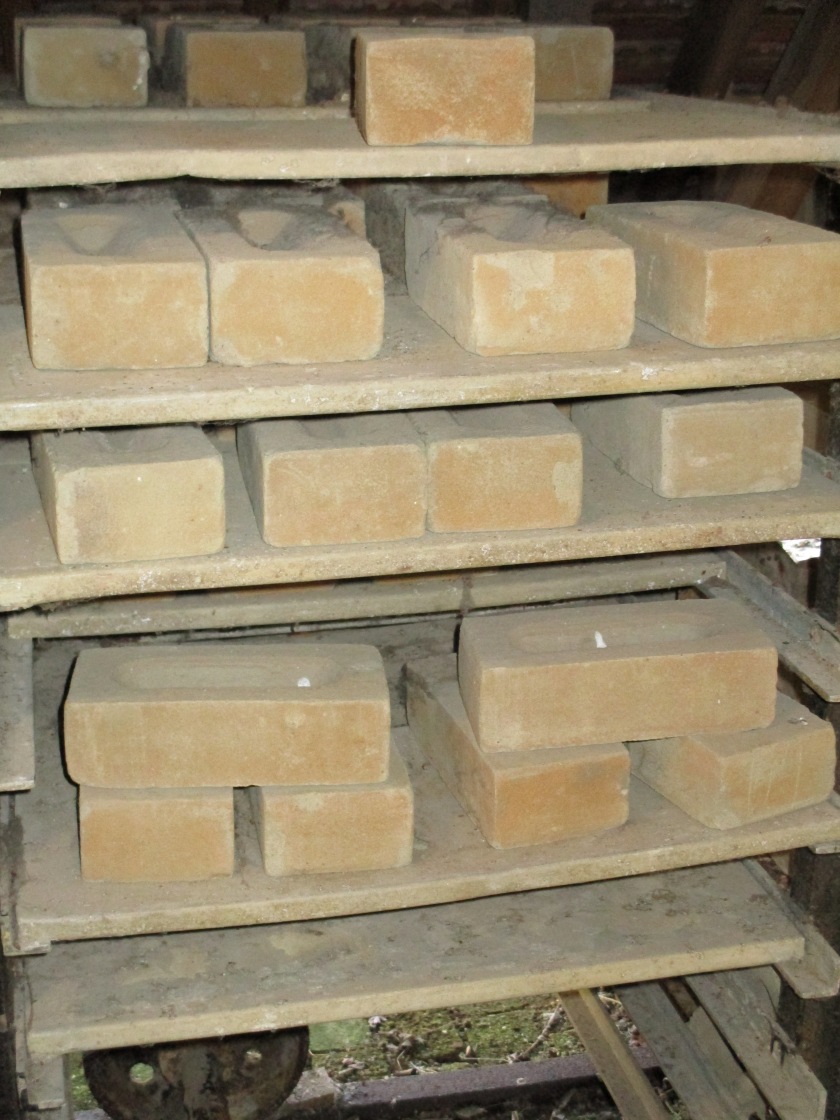 Hack barrow for moving moulded bricks to the drying sheds at Amberley Museum.

“Shed is rather a misnomer, for the bricks are built up in rows, and a portable roof of wood is placed on top. Often the sides of the wall are protected by boards, for it is most important to keep the rain off the “green” bricks. Rain is the brick-maker’s worst enemy, and may lead to a complete stoppage of work.

“The bricks are burnt in a cone-shaped kiln. The capacity of the kiln varies, but the average country kiln holds from about 25,000 to 35,000 bricks. About ten tons of coal are needed to burn the kiln during the two days that the fire is alight. Another week must elapse before the bricks are cool enough to remove from the kiln. (The kilns at Valley End may have used furze from the Common for fuel.)

A Victorian brick kiln in Winchfield, Hants. It was built in about 1830, and was used until 1939. (Image courtesy of Dignity Pet Crematorium.)

“Colour of the bricks varies according to the position they occupied in the kiln, and their nearness to the fire.

“The first touch of frost puts an end to the moulding of bricks, and then the digging of clay for the following year’s work begins again.”

With many thanks to Dignity Pet Crematorium, for permission to photograph their brick kiln and to include it.

With thanks to Amberley Museum.

I have not been able to get in touch with D. H. Robinson or his estate, or the Farmer and Stockbreeder, which finished publication in 1984. If anyone has any contact details, I would be very pleased to hear from them.

One thought on “Brick making at Valley End.”