When Julia Seymour Bathurst commissioned G. F. Bodley to build the church, she also asked him to build the vicarage.

When he designed it Bodley, a leading architect in the Gothic Revival, abandoned any Gothic details and drew his inspiration instead from the solid comfort of Georgian houses

The result is a large, impressive building. The footprint of the vicarage is roughly equal to that of the church, and grounds exceed the area of the church and churchyard combined.

It was a strong statement about the status of the vicar, especially when compared to the modest cottage supplied for the Head Teacher of Valley End School.

A book belonging to Mary Selina Bathurst shows just how expensive the statement was.*

The gardens must have been wonderful, but they were not only ornamental. Accounts from 1867 for the new Vicarage garden include payments for fruit trees, potatoes and guano, and  for sowing seed, digging trenches, enclosing the ground, and preparing a bank around it.

Julia had given the parish an immense white elephant. It was a burden to the clergy of Valley End for decades. Expensive to maintain and run, it proved an insurmountable problem to successive vicars, who struggled to cover the costs.

Finally, in 1956 the parishes of Valley End and Chobham were combined, and the vicarage was sold.

What was it like after the last vicar moved out? What sort of a house was it like to live in? 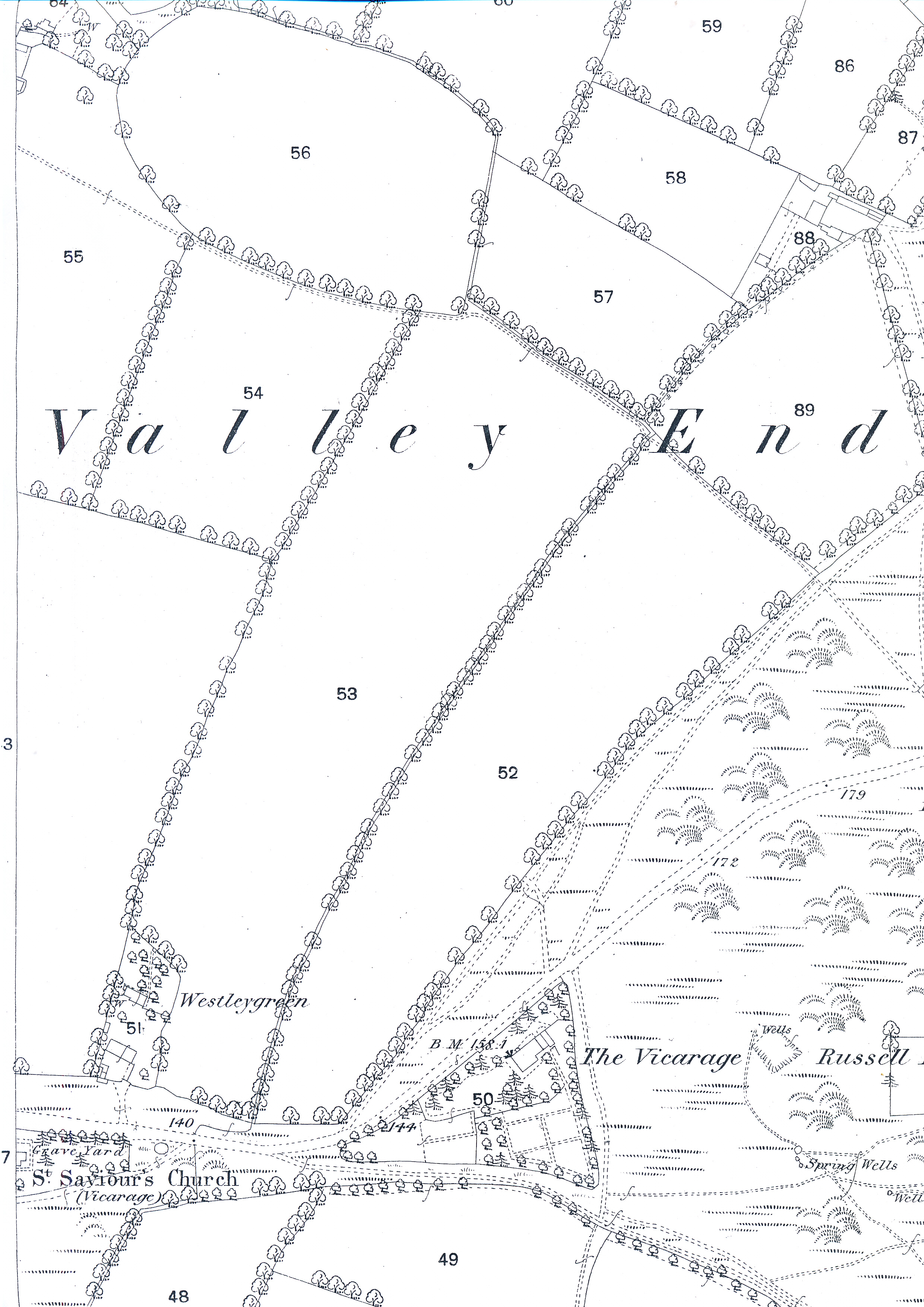 Dorothy Herring remembers. She came to live in Valley End Vicarage in 1957, as the live in Nanny for the Hutchinson family and their two sons.

It had been left in a totally decrepit state, and had been all but falling down. The house had been completely refurbished throughout.

Dorothy recalls it as an enormous place. Three different families lived at the same address.

For a start there was a bungalow, rented by the Westcott family. Mr. Westcott was blind and made baskets, but his wife helped in the main house. They had two children, who were partially sighted.

Upstairs in the main house there was a self contained flat, which was also rented out.

Then there was the main body of the Vicarage, which was vast. There were no separate servant’s quarters, possibly because it was getting hard to find help by this time. Luckily by now there were vacuum cleaners and other mod. cons. available, to help clean this huge home. Downstairs alone there was the kitchen, breakfast room, dining room, nursery and study, which were all big rooms.

Outside the garden was extensive. There was enough space to add new tennis courts.

Graffiti on the wall by the kitchen entrance.

Valley End itself was a quiet, isolated place. Valley End Road was almost deserted; you could go all day and only see one car. This was a remote, rural area. One evening Dorothy stood by the back door and saw a glow worm shining in the garden – the only time she has ever seen one.

Dorothy was happy living at the Vicarage. Apart from anything else the Hutchinsons were having the house renovated, and Dorothy met Tony Herring, one of the decorators.

She kept up her ties to Valley End. Her two sons, Clive and Steven, went to Valley End School. As they travelled with other Windlesham children on the bus, they would arrive early. One of the teachers, Miss Pinnock, would entertain them before school started by taking them to the farm across the road to look at the animals. Later Dorothy visited Valley End on her own account, when she worked at Brick Hill as a home help.

The Vicarage from One Tree Hill.

Dorothy still keeps in touch with Mrs. Hutchinson, whom she first met all those years ago at Valley End Vicarage.

*There are 2 ledgers giving detailed accounts of the school, the church and vicarage, all in the same handwriting. As one of the books is marked M.S.B. it implies that it belonged to Mary Selina Bathurst, and possibly that she was keeping the accounts.

With many thanks to Dorothy Herring.

With thanks to Chris Curry for a copy of the 1867 accounts for the garden.