The area around the junction of Chobham Road and the London Road used to be known as Broomhall. P. J. Elkins lived there as a child, and wrote this account of his memories for the Windlesham magazine.

I was born in Broomhall, Sunningdale, that little hamlet of cottages up the Chobham Road, just south of the London Road (A30). At that time, it was part of Chobham Parish known as North End. Broomhall was all alleys and lanes, no more than cart tracks for the tradesmen to deliver their goods by horse and cart: dust and ashes in the summer, and very muddy puddles in the winter.

The London Road was tarmac, but the Chobham Road was granite chippings bound with a spray of hot tar once a year. The tar was heated in a large tank with a coal fire burning underneath. What a commotion it caused when the tar boiled over and caught fire! Clouds of dense black smoke everywhere. The tank was on two wheels and drawn by a horse. The wet tar after spraying was sprinkled with small granite chippings and rolled in by a large, heavy steam roller. After that it was a gravel road to Burrow Hill.

Up “The Top” at Broomhall was a small corrugated iron church, St. Agnes, (similar to St. Alban’s, the daughter church to Windlesham that stood on the London Road.) We called it the “Tin Tabernacle”. It was a mission chapel of the local Holy Trinity Church, Sunningdale, whose clergy came and preached, either on Sunday afternoons fortnightly, or Thursday evenings each week. Occasionally we were given a treat when someone came along and gave us a Magic Lantern show; don’t forget that this was many many years before TV was even thought of.

At the junction of our lane and the Chobham Road was “Butlers the Butchers” where we got our meat. In those days meat did not come in refrigerated lorries, but from cattle slaughtered on the premises, in a slaughterhouse in the yard behind the shop. Cattle and sheep were bought in Bracknell Market, brought to Sunningdale Station by goods train and herded into pens on the place which is now the station car park. I used to get a penny (1d) to help drive them from the station to the slaughterhouse yard. Just imagine trying to drive a flock of sheep and cattle along the A30 these days! Mr Butler did the slaughtering. Looking back as a boy, it was most awesome to watch him wield a poleaxe and I am glad that we have more humane methods these days. 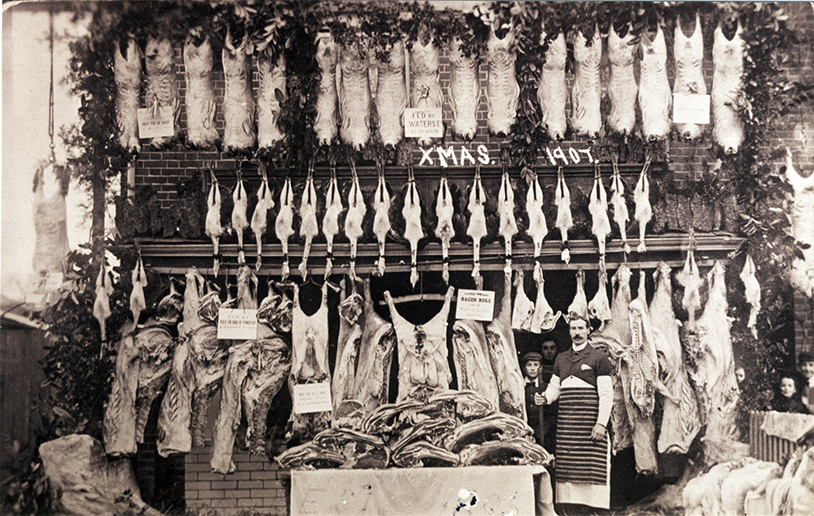 Each year at Christmas time, the shop was show place, with meat and poultry hanging from the roof to the ground level, ready for the feasting due to take place. It was all in the open and without any protection, which the Health Authorities would frown at today. 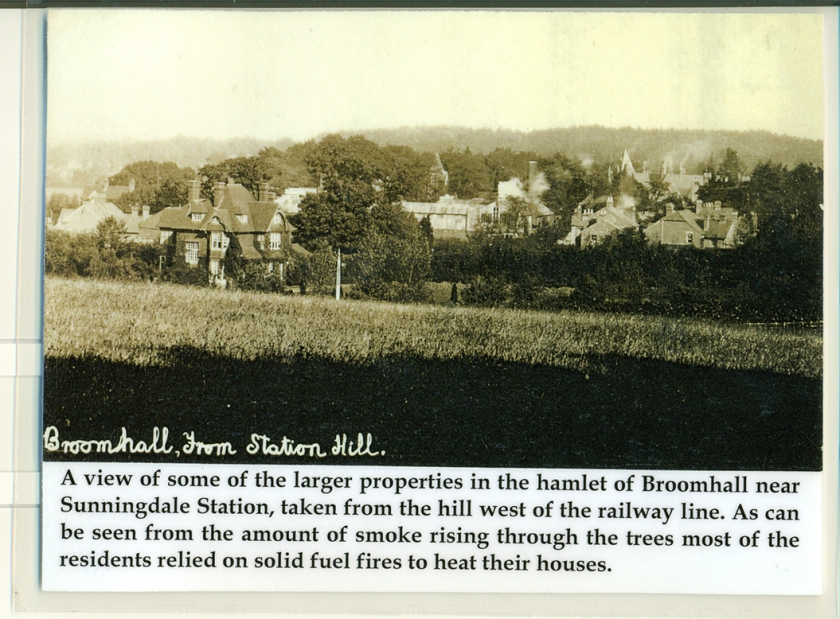 First published in Windlesham Magazine  Jan 1995, and reprinted by their kind permission. I was unable to contact Mr. Elkins or his family, but if anyone knows anything about him I would be very glad to hear from them..