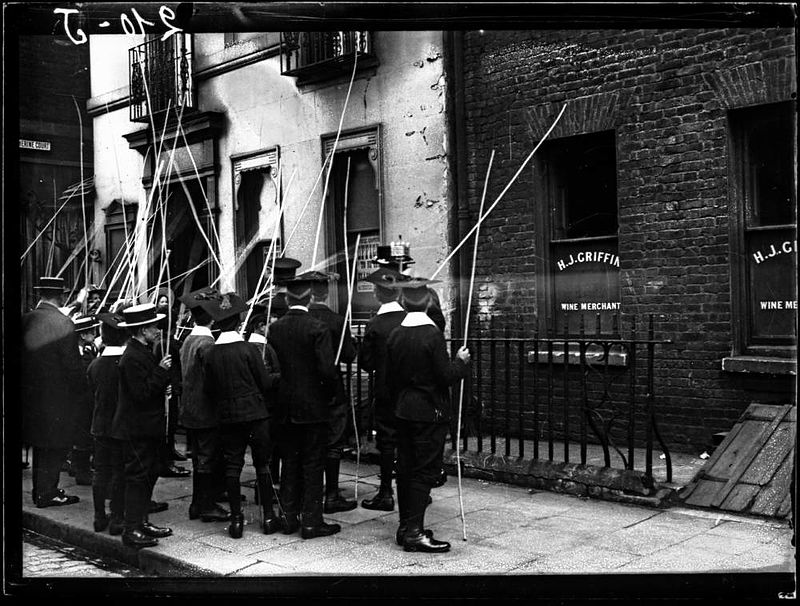 The tradition of beating the bounds, in which villagers walked the boundaries of their parish, was undertaken in Chobham during the 19th century. We do not know when the custom started.

There was a serious reason behind it. At a time when boundaries were vital for local administration walking the boundaries, or bounds, taught residents where they were. As an aid to memory lads were told to beat the boundary markers with sticks, which gave the tradition its name.

Valley End had been given its own parish boundaries. But as it remained part of the civil parish of Chobham, when Chobham beat the bounds it included Valley End.

In this area the beaters were called meersmen, and were led by a flag bearer. The boundary markers were Maltese crosses, cut into the ground or into trees.

It was a raucous occasion. Boys were dispatched to wade through ponds. Tony Lovejoy’s father described a lad having to go through a house by climbing in one window, and out at another.

He may have been remembering Ridge Mount, near Sunningdale, which was then in Valley End. This was the house that triggered a debate on memory versus maps, and changed the parish boundaries forever.

On the 22nd May 1900 Chobham was beating the bounds, and following their traditional route west of Sunningdale.

They were on what had been a scrubby, ignored patch of land. But recently a large house, Ridge Mount, had been built there. The annual rateable value, assessed by Chobham, was £200. This was a large amount in those days. 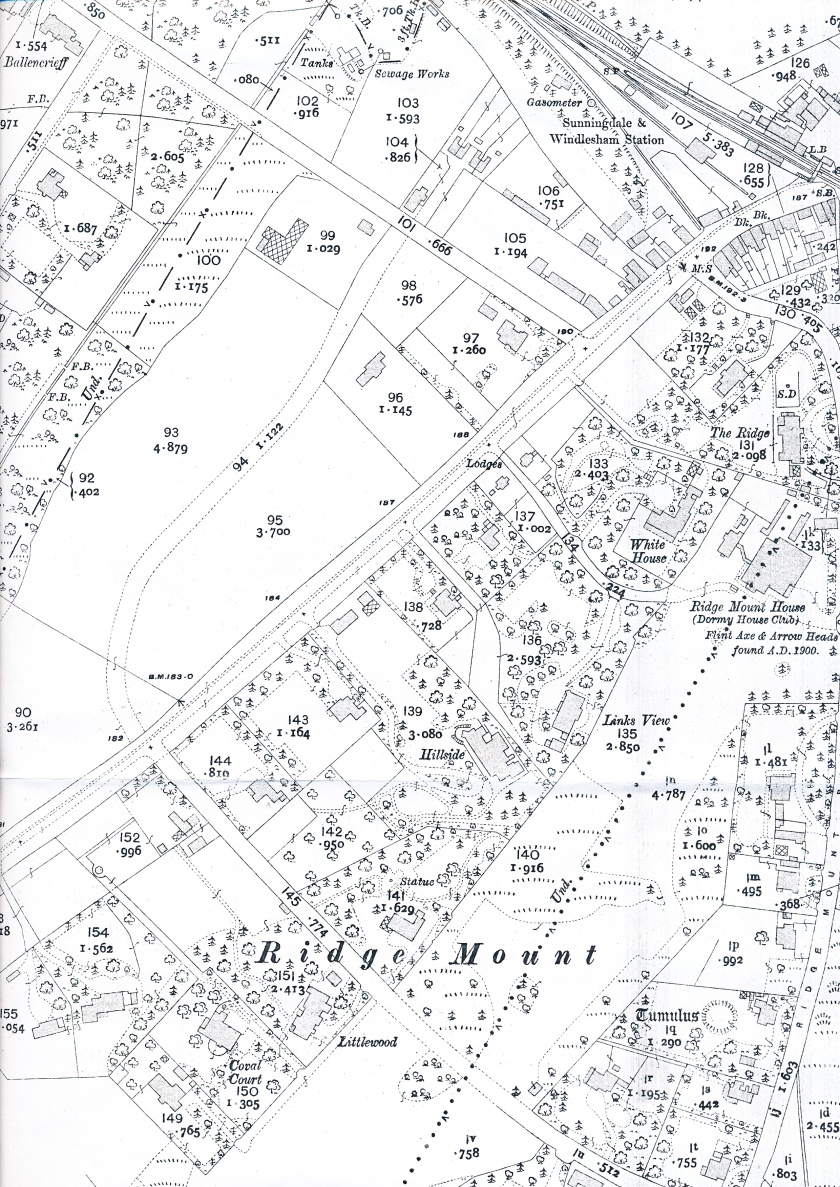 Ridge Mount in 1912. The boundary line is shown going straight through Ridge Mount House, the Dormy House of Sunningdale Golf Club. O.S. 25″ map, sheet X.6 (With thanks to the Surrey History Centre.)

Which is why the meersmen were met by officials from Windlesham. Chobham had claimed the whole house as part of their parish. Windlesham said no. A sixth of the house was theirs.

Windlesham later took credit for trying to prevent a quarrel. If they had tried, they had failed.

Surrey County Council was finally obliged to call an Inquiry, held at the Sunningdale Hotel on 7th February 1902.

Chobham’s argument was that they had followed this route every 7 years since at least 1851. Chobhamers testified that they had taken this line since they were children, and that the bounds had been established for generations.

This argument over a sixth of a house mattered. Chobham protested that it would lose rates and voters along with this sliver of land. 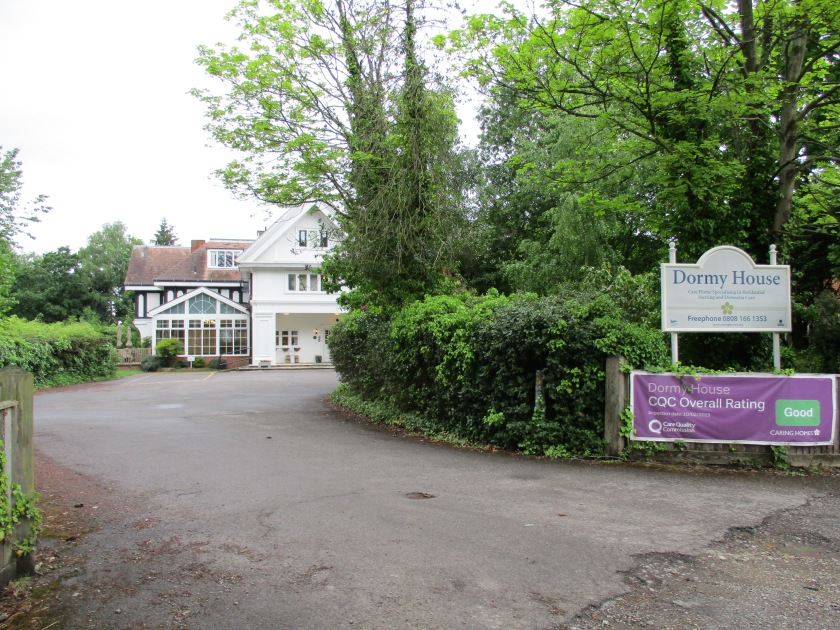 Harsh words were exchanged. There were protests that “It was not right for Chobham to mask in a Windlesham garment.”

It was a difficult decision for Surrey County Council. The maps that Windlesham so confidently displayed had not been intended to define a boundary. Chobham had never bothered with maps, as their route was “only supported by Chobham traditions, which were founded on custom, and the information of the inhabitants.”

At one time the unbroken tradition of Chobham could have been sufficient. But the dawn of the 20th century was a more bureaucratic age. Surrey decided in favour of Windlesham.

Chobham accepted the ruling, and with it the implication that the customs and traditions of the village were worthless. Chobham never beat the bounds again. The parish thought that there was no point.

The tradition of Beating the Bounds continues in other areas. This film follows a group beating the bounds in Oxford.

With thanks to Tony Lovejoy.

One thought on “Memory or maps? Beating the bounds of Valley End.”